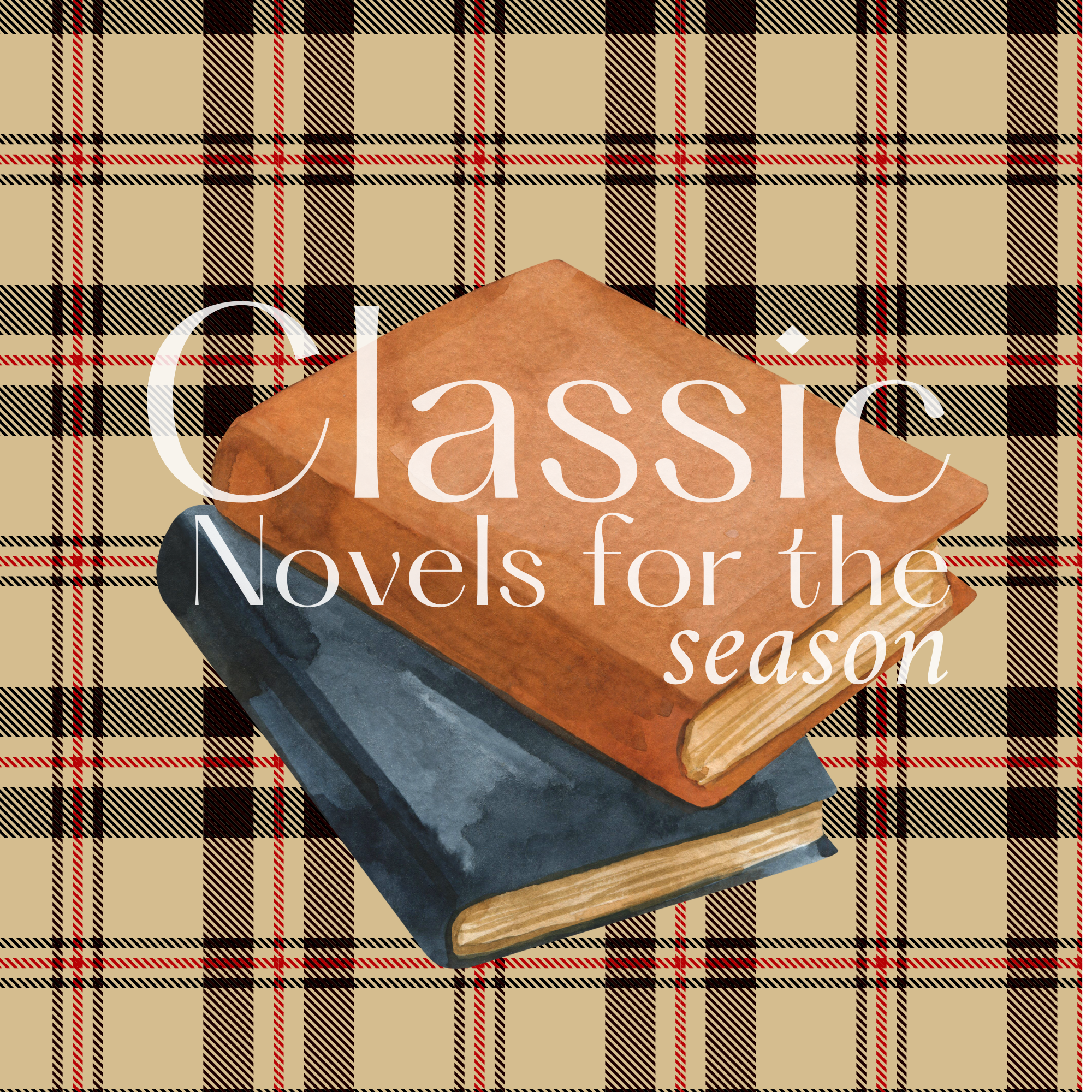 Classic Novels for the Fall Season, 2022

Hello Friends and welcome to the blog.

hope everyone is doing well and staying productive, drinking plenty of water, and taking care of yourself. It’s Friday folks as we round the corner on the 3rd week of September.  Next week it will be “officially” fall.  It’s crazy how it just seemed like spring was here, but …so it goes.

Today I’m listing some classic novels to read for the Fall season! 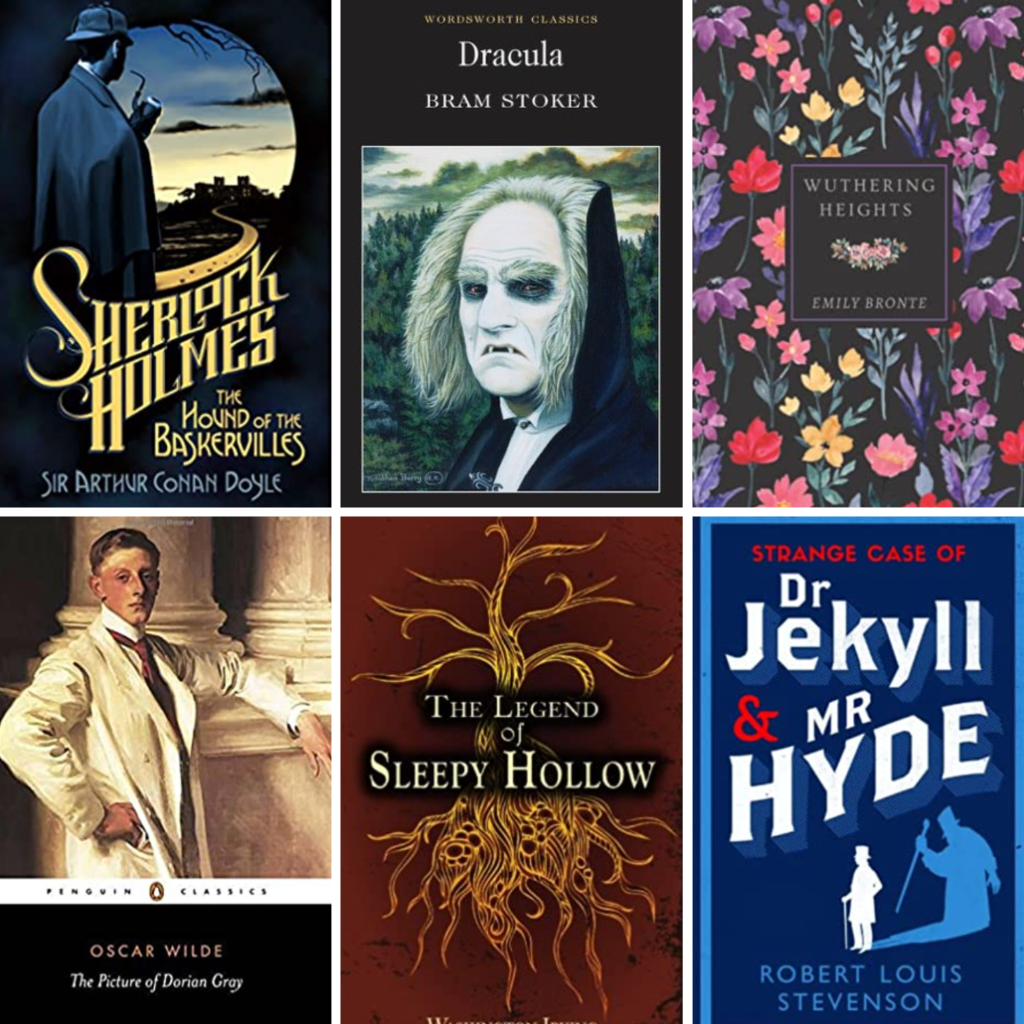 Classics Reads for the Fall Season

The Hound of the Baskervilles, by Sir Arthur Canon Doyle

SYNOPSIS: A country doctor has come to 221B Baker Street, the lodgings of famed detective Sherlock Holmes, with the eerie tale of the Hound of the Baskervilles. Legend warns the descendants of the Baskerville family never to venture out on the moors that surround their ancestral home, for fear that they will meet the devil-beast that lurks there.

SYNOPSIS:  During a business visit to Count Dracula’s castle in Transylvania, a young English solicitor finds himself at the center of a series of horrifying incidents. Jonathan Harker is attacked by three phantom women, observes the Count’s transformation from human to ba,t and discovers puncture wounds on his neck that seem to have been made by teeth. Harker returns home upon his escape from Dracula’s grim fortress, but a friend’s strange malady — involving sleepwalking, inexplicable blood loss, and mysterious throat wounds — initiates a frantic vampire hunt.

SYNOPSIS:  Emily Bronte’s gothic novel set on the windy moors of Yorkshire is the story of the doomed love between Catherine Earnshaw and her father’s adopted son, Heathcliff. The book was initially poorly received by many critics who found its dark, tragic story needlessly harsh and disturbing. That opinion has not endured, and the only novel Emily Bronte published is now considered to be one of the great classics of English literature

The Picture of Dorian Gray, by Oscar Wilde

SYNOPSIS: Enthralled by his own exquisite portrait, Dorian Gray makes a Faustian bargain to sell his soul in exchange for eternal youth and beauty. Under the influence of Lord Henry Wotton, he is drawn into a corrupt double life, where he is able to indulge his desires while remaining a gentleman in the eyes of polite society. Only Dorian’s picture bears traces of his decadence.

A knowing account of a secret life and an analysis of the darker side of late Victorian society. The Picture of Dorian Gray offers a disturbing portrait of an individual coming face to face with the reality of his soul.

The Legend of Sleepy Hollow, by Irving Washington

SYNOPSIS:  Ichabod Crane, a schoolteacher, came to the glen of Sleepy Hollow to ply his trade in educating young minds. He was a gullible and excitable fellow, often so terrified by locals’ stories of ghosts that he would hurry through the woods on his way home, singing to keep from hysterics. Until late one night, he finds that maybe they’re not just stories. What is that dark, menacing figure riding behind him on a horse? And what does it have in its hands? And why wasn’t schoolteacher Crane ever seen in Sleepy Hollow again?

The Strange Case of Dr. Jeckyll and Mr. Hyde, by Robert Louis Stevenson

Are you reading any books for the season?  Let me know in the comments.  Thanks so much for visiting the blog today.  Don’t forget to follow, like, and subscribe. — Peace —

One thought on “Classic Novels for the Fall Season, 2022”