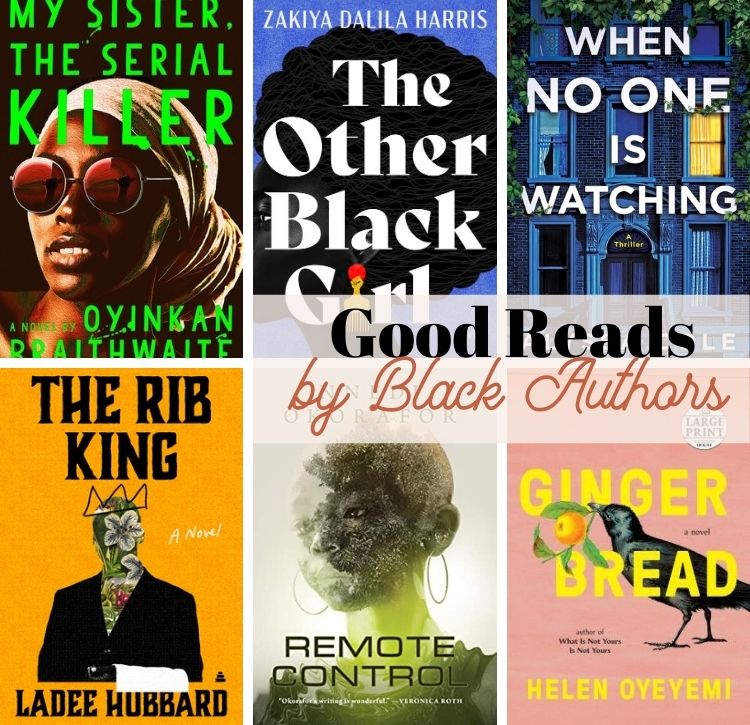 Hello everyone, I hope my friends are doing well.  It’s another snowy day here in the DMV, but it’s the perfect time for getting into a good book.

Today I’m sharing some Good Reads for Black History Month.  I know a month is too short (trust me), so I don’t think in terms of reading just for a month, but all year long. 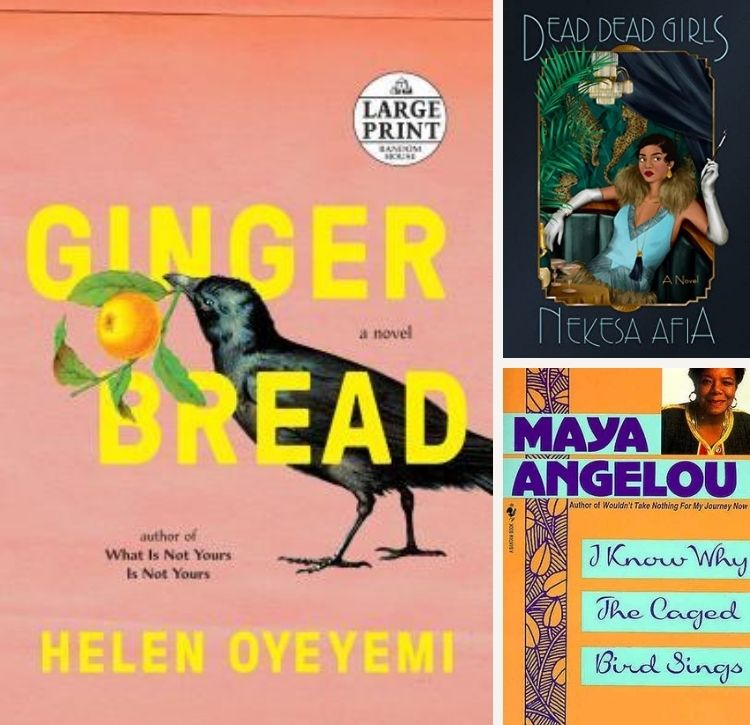 Following a harrowing kidnapping ordeal when she was in her teens, Louise is doing everything she can to maintain a normal life. She’s succeeding, too. She spends her days working at Maggie’s Café and her nights at the Zodiac, Manhattan’s hottest speakeasy. Louise’s friends might say she’s running from her past and the notoriety that still stalks her, but don’t tell her that.

I Know Why the Cagebird Sings, by Maya Angelou

Sent by their mother to live with their devout, self-sufficient grandmother in a small Southern town, Maya and her brother, Bailey, endure the ache of abandonment and the prejudice of the local “powhitetrash.” At eight years old and back at her mother’s side in St. Louis, Maya is attacked by a man many times her age—and has to live with the consequences for a lifetime. Years later, in San Francisco, Maya learns that love for herself, the kindness of others, her own strong spirit, and the ideas of great authors (“I met and fell in love with William Shakespeare”) will allow her to be free instead of imprisoned.

Influenced by the mysterious place gingerbread holds in classic children’s stories–equal parts wholesome and uncanny, from the tantalizing witch’s house in “Hansel and Gretel” to the man-shaped confection who one day decides to run as fast as he can–beloved novelist Helen Oyeyemi invites readers into a delightful tale of a surprising family legacy, in which the inheritance is a recipe. 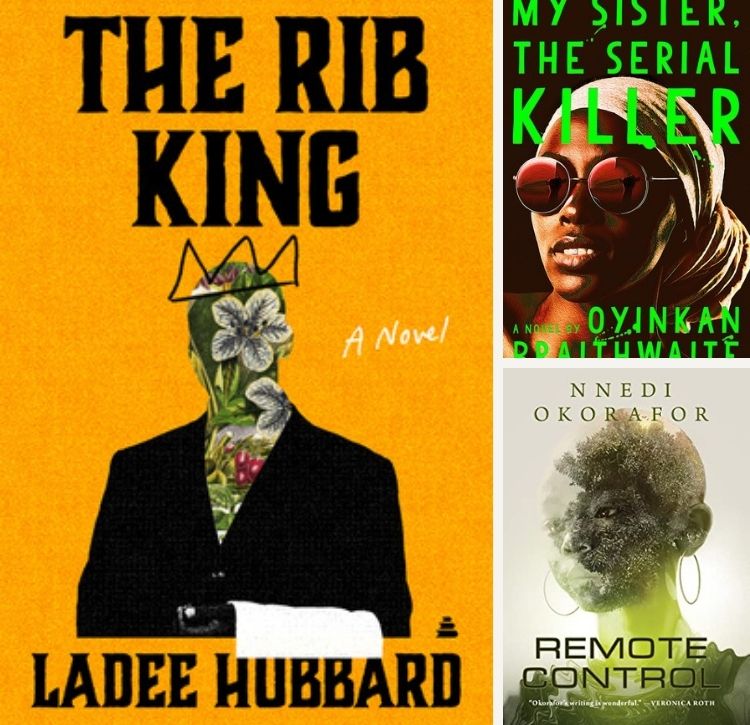 The Rib King, by Ladee Hubbard

The acclaimed author of The Talented Ribkins deconstructs painful African American stereotypes and offers a fresh and searing critique on race, class, privilege, ambition, exploitation, and the seeds of rage in America in this intricately woven and masterfully executed historical novel, set in the early twentieth century that centers around the black servants of a down-on-its heels upper-class white family.

For fifteen years August Sitwell has worked for the Barclays, a well-to-do white family who plucked him from an orphan asylum and gave him a job. The groundskeeper is part of the household’s all-black staff, along with “Miss Mamie,” the talented cook, pretty new maid Jennie Williams, and three young kitchen apprentices—the latest orphan boys Mr. Barclay has taken in to “civilize” boys like August.

My Sister, the Serial Killer, by Oyinkan Braithwaite

When Korede’s dinner is interrupted one night by a distress call from her sister, Ayoola, she knows what’s expected of her: bleach, rubber gloves, nerves of steel, and a strong stomach. That’ll be the third boyfriend Ayoola’s dispatched in, quote, self-defense, and the third mess that her lethal little sibling has left Korede to clear away. She should probably go to the police for the good of the menfolk of Nigeria, but she loves her sister and, as they say, family always comes first.

“She’s the adopted daughter of the Angel of Death. Beware of her. Mind her. Death guards her like one of its own.”

The day Fatima forgot her name, Death paid a visit. From here on in she would be known as Sankofa­­–a name that meant nothing to anyone but her, the only tie to her family and her past. 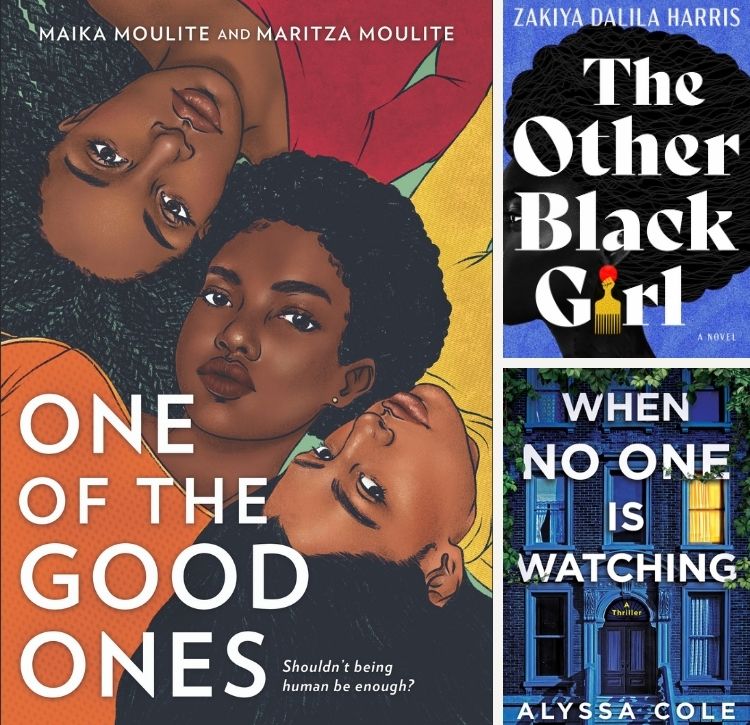 One of the Good Ones, by Maika Moulite

When teen social activist and history buff Kezi Smith is killed under mysterious circumstances after attending a social justice rally, her devastated sister Happi and their family are left reeling in the aftermath. As Kezi becomes another immortalized victim in the fight against police brutality, Happi begins to question the idealized way her sister is remembered. Perfect. Angelic.

The Other Black Girl, by Zakiya Dalila Harris

Twenty-six-year-old editorial assistant Nella Rogers is tired of being the only Black employee at Wagner Books. Fed up with the isolation and microaggressions, she’s thrilled when Harlem-born and bred Hazel starts working in the cubicle beside hers. They’ve only just started comparing natural hair care regimens, though, when a string of uncomfortable events elevates Hazel to Office Darling, and Nella is left in the dust.

When No One is Watching, by Alyssa Cole

Sydney Green is Brooklyn born and raised, but her beloved neighborhood seems to change every time she blinks. Condos are sprouting like weeds, FOR SALE signs are popping up overnight, and the neighbors she’s known all her life are disappearing. To hold onto her community’s past and present, Sydney channels her frustration into a walking tour and finds an unlikely and unwanted assistant in one of the new arrivals to the block—her neighbor Theo.

These are only a few of the thousands of titles from black authors.  Some older, some on the come-up, and worth giving a read.  You can find some other list here.

Thanks so much for visiting the blog today.  Don’t forget to follow or subscribe the blog, stay warm and have a great Wednesday! — Peace —