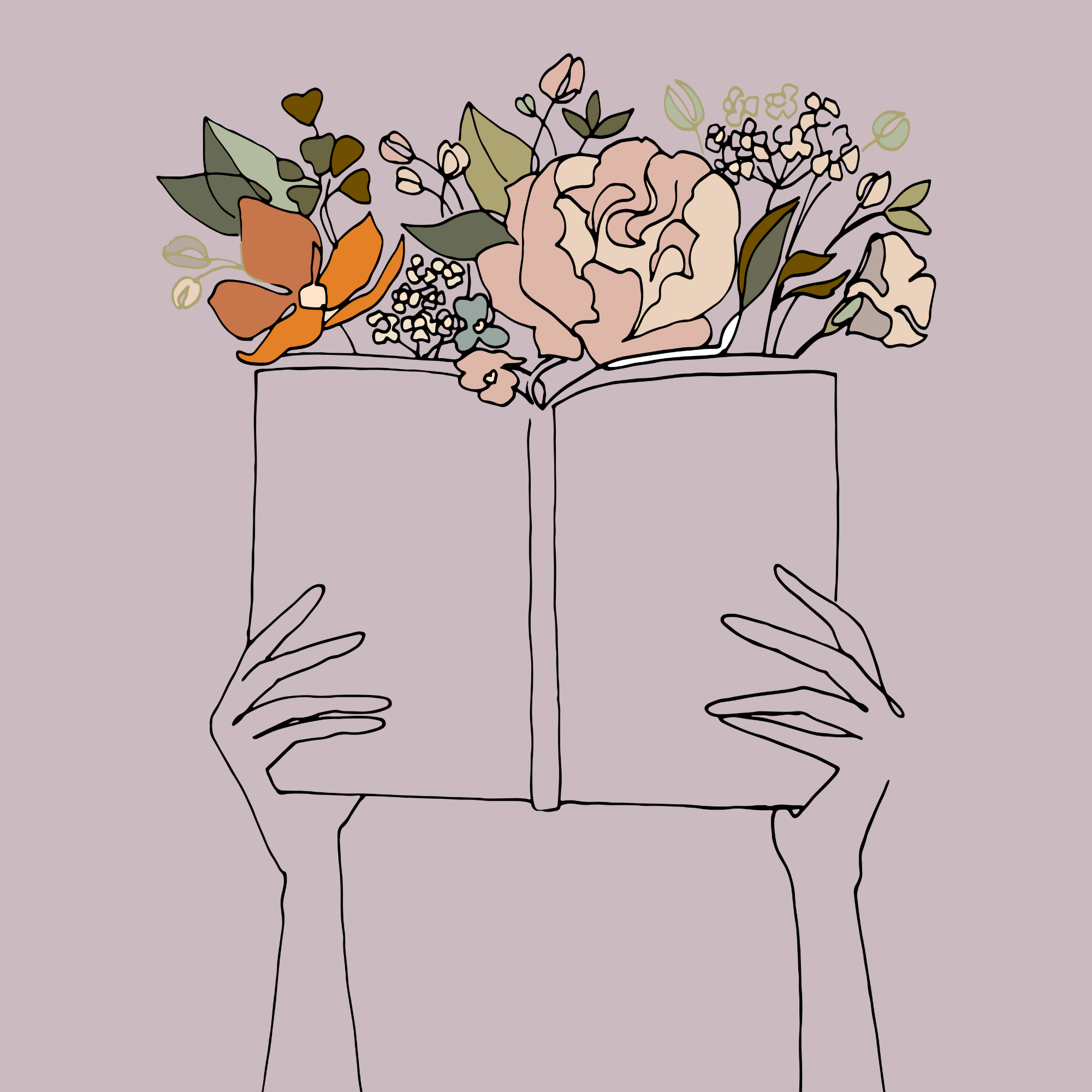 Hello beautiful people and happy mid-week-Wednesday! Welcome to the blog.

What’s up friends I hope everyone is doing well, staying hydrated, checking in with friends and family and living your best life.

It’s Spring right.  (Well) the temperatures have stayed above 59 so I guess we’re almost there.  I can’t believe it’s almost the last week of March, and time is just flying into April.  I really don’t mind Spring but my scratch througt, congestion and watering eyes may have something to protest about.  And let’s not even get into the fresh cut grass, because that’s a special type of suffereing.

I just haven’t found a medicine that works the way I need it to, and I don’t like taking medicine for symptoms that I don’t have. But any-who let’s get into the review.

This is a new review of Survive the Night by Riley Sager. 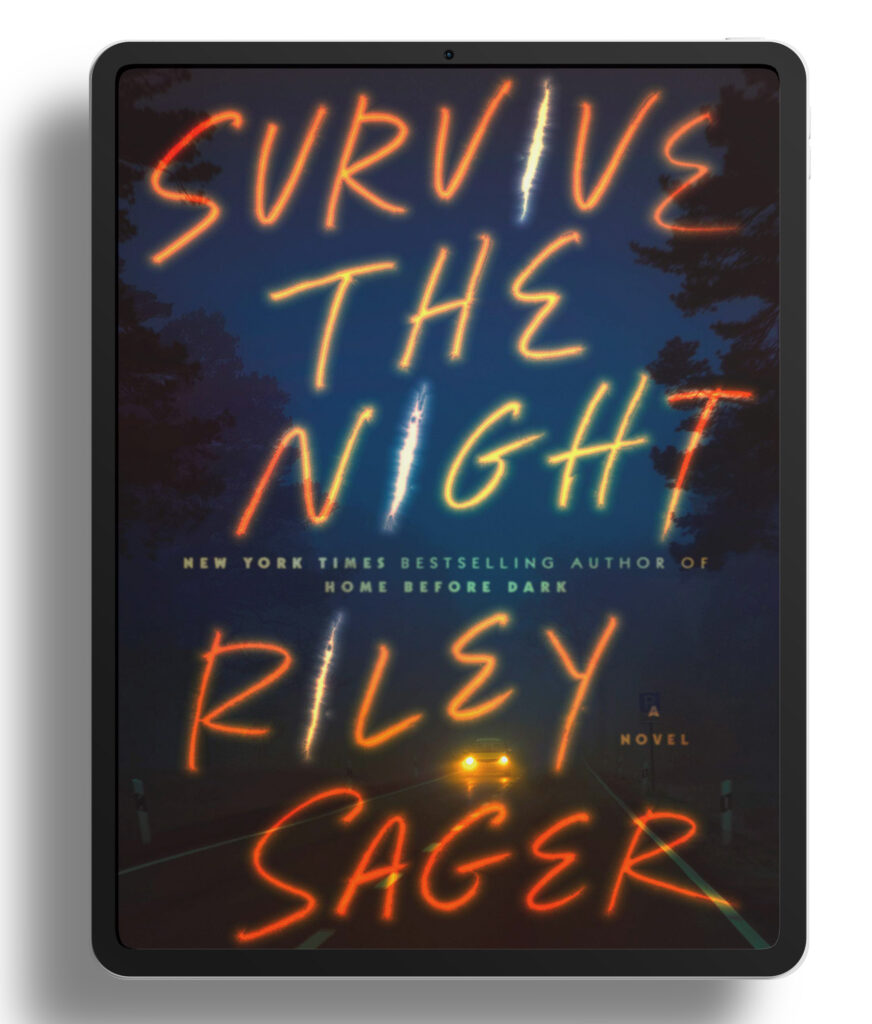 Charlie Jordan is being driven across the country by a serial killer. Maybe.

Behind the wheel is Josh Baxter, a stranger Charlie met by the college ride share board, who also has a good reason for leaving university in the middle of term. On the road they share their stories, carefully avoiding the subject dominating the news – the Campus Killer, who’s tied up and stabbed three students in the span of a year, has just struck again.

Traveling the lengthy journey between the university and their final destination, Charlie begins to notice discrepancies in Josh’s story.

This was another great read for me by Riley Sager. Survive the night is about Charlie. A college student who lost her friend to a brutal murder. However, Charlie feels that it’s all her fault. The night her best friend (Maddie) and roommate was murdered they had an awful fight with Charlie telling Maddie “You’re a terrible friend”.

That was the last time she would see her best friend alive. The college campus is not a stranger to these serial deaths doing their best to arm college students (women) to be vigilant and watch their surroundings and always travel the campus together.

But with the long stretch between incidents, the students became relaxed and stopped doing what they were instructed to do. Now with the latest murder, authorities are left wondering what happened. They grill Charlie as she got a glimpse of someone but never saw the killer’s face. She blames herself for her best friend’s death, and things go downhill from there.

Quote from Survive the Night:
“Women need to do that, you know. Look out for each other. There’s a special place in hell for those who don’t.”

Charlie also doesn’t know if what she saw was real because she played movies in her mind blurring the lines of reality with real life. There was a reason for this as Charlie lost her parents in a car accident when she was younger leaving Charlie’s grandmother to raise her. Her grandmother helped her cope by watching movies and playing the characters.

To Charlie, this was the best escape and she buried herself in cinema, watching movies from all genres and escaping to a world that was over in 2 hours. Since Maddie’s death, Charlie has fallen into a deep depression and decides that leaving school is the best thing for her to get away from the constant reminders of her best friend’s murder.

Charlie’s boyfriend Robbie tries to comfort her, even offering her a ride home, but Charlie is in a hurry to leave everything behind. She checks the ride boards at school to get home sooner and finds someone (a total stranger) to take her home. Although everything she’s been taught says not to, against her better judgment she takes the ride.

However, 1 hour into travel things take a strange turn, which would begin Charlie’s ordeal to survive the night. Is she playing another imaginary movie in her head or is this really happening?

I enjoyed this book till the very end. I guessed who the killer was in the beginning but the story twisted and turned in another direction which had me guessing again, and again. It’s not until the very end that I put the pieces together which was a surprise but then not.

This was a great read in my Good Reads Challenge. 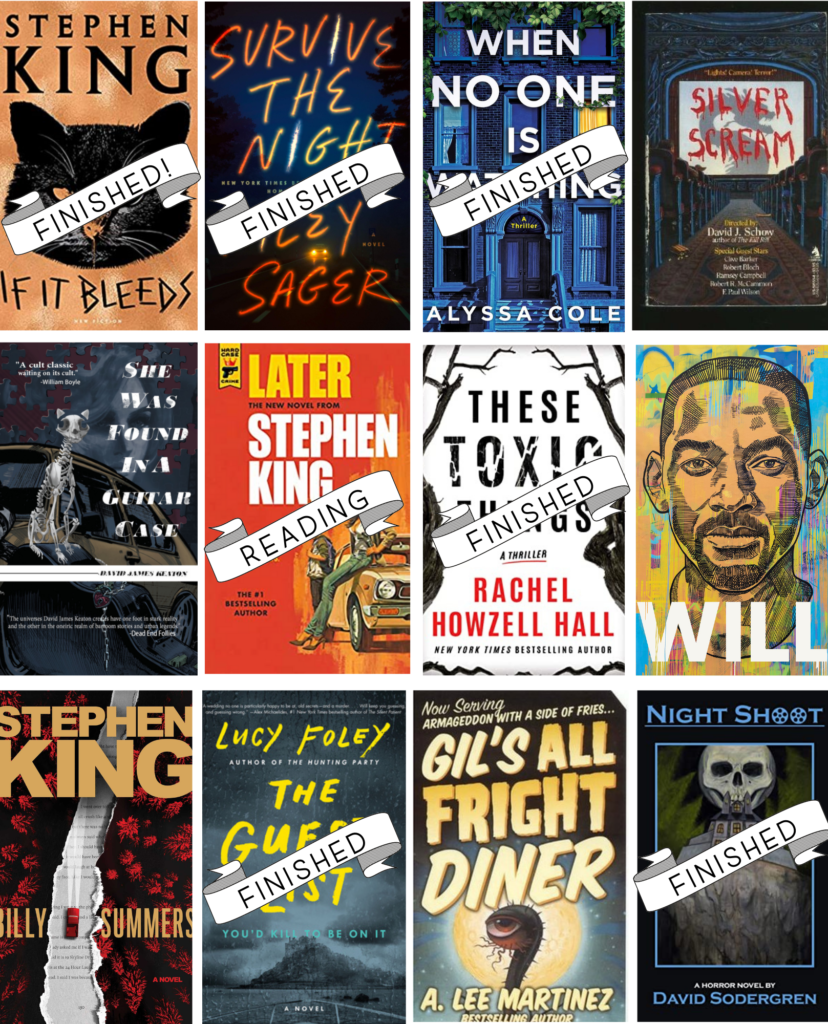