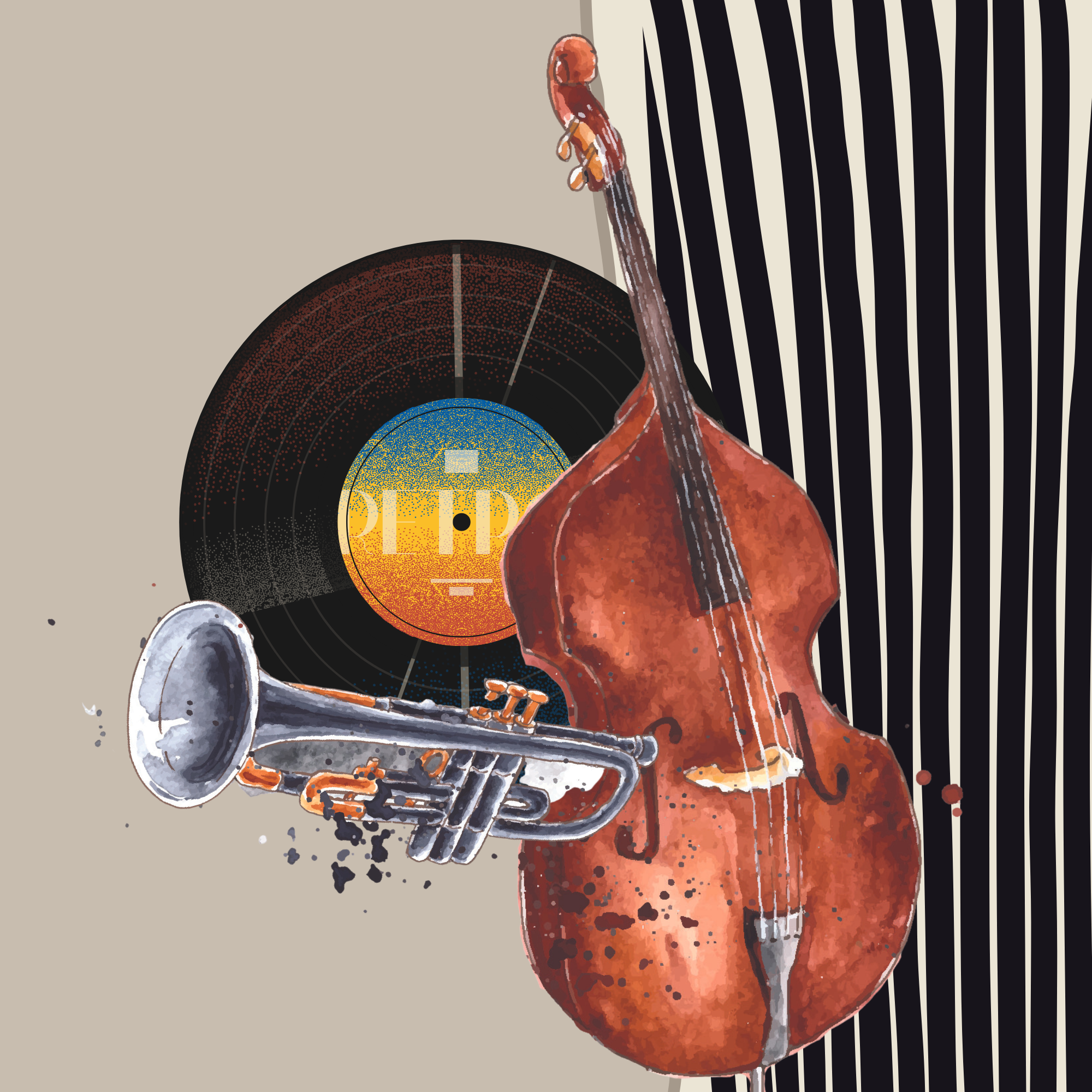 Happy February beautiful people.  How was your January?  Are you hoping for a more productive month?  Well a new month is always an opportunity to start things fresh with a new perspective.

To commemorate Black History Month, I’m dedicating all my posts to highlight arts, music, creators, and shops. It’s always a deep-dive for me to find beautifully crafted items as well as artist and creators who paved the way for black folks today.

Today I’m sharing my favorite jazz artist. Jazz is rooted in blues and there are so many great artists in this category that I can’t list them all, but I wanted to highlight just a few.

By definition is often improvisational, developed by African Americans and influenced by both European harmonic structures and African rhythms. It was developed partially from ragtime and blues and is often characterized by syncopated rhythms, polyphonic ensemble playing, varying degrees of improvisation, often deliberate deviations of pitch, and the use of original timbres. (Source: britannica.com)

I love all of these artists but today I’m highlighting Charles Mingus, Thelonious Munk, and Ella Fitzgerald.

BRIEF BIO: One of the most important figures in twentieth-century American music, Charles Mingus, was a virtuoso bass player, an accomplished pianist, bandleader, and composer. Born on a military base in Nogales, Arizona in 1922 and raised in Watts, California, his earliest musical influences came from the church– choir and group singing– and from “hearing Duke Ellington over the radio when [he] was eight years old.”

He studied double bass and composition formally (five years with H. Rheinshagen, principal bassist of the New York Philharmonic, and compositional techniques with the legendary Lloyd Reese) while absorbing vernacular music from the great jazz masters first-hand. His early professional experience in the ’40s found him touring with bands like Louis Armstrong, Kid Ory, and Lionel Hampton. (Source: charlesmingus.com)

BRIEF BIO: Thelonious Monk is one of the greatest jazz musicians of all time and one of the first creators of modern jazz and bebop. For much of his career, Monk played with small groups at Milton’s Playhouse. Many of his compositions have become jazz standards, including “Well, You Needn’t,” “Blue Monk” and “Round Midnight.” His spares and angular music had a levity and playfulness to it.

Monk made a total of five Blue Note recordings between 1947 and 1952, including “Criss Cross” and “Evidence.” These are generally regarded as the first works characteristic of Monk’s unique jazz style, which embraced percussive playing, unusual repetitions, and dissonant sounds. As Monk saw it, “The piano ain’t got no wrong notes!” Though widespread recognition was still years away, Monk had already earned the regard of his peers as well as several important critics.

In 1957, the Thelonious Monk Quartet, which included John Coltrane, began performing regularly at the Five Spot in New York. Enjoying huge success, they went on to tour the United States and even make some appearances in Europe. By 1962, Monk was so popular that he was given a contract with Columbia Records, a decidedly more mainstream label than Riverside. In 1964, Monk became one of four jazz musicians ever to grace the cover of Time Magazine. (Source: Biography.com)
For more information about Munk visit Thelonious Monk Music.

BRIEF BIO: Dubbed “The First Lady of Song,” Ella Fitzgerald was the most popular female jazz singer in the United States for more than half a century. In her lifetime, she’s won 13 Grammy awards and sold over 40 million albums. Her voice was flexible, wide-ranging, accurate, and ageless.

Ella could sing sultry ballads, sweet jazz and imitate every instrument in an orchestra. She worked with all the jazz greats, from Duke Ellington, Count Basie, and Nat King Cole, to Frank Sinatra, Dizzy Gillespie, and Benny Goodman. (Or rather, some might say all the jazz greats had the pleasure of working with Ella).

Ella performed at top venues all over the world and packed them to the hilt. Her audiences were as diverse as her vocal range. They were rich and poor, made up of all races, all religions, and all nationalities. Many of them had just one binding factor in common – they all loved her.

For a deeper dive into Ella and more history about “The First Lady of Song” visit Ellafitzgerald.com. On a personal note, Ella was the one jazz artist I presented in a course I took serval years back about the History of Jazz. Her voice was clear and concise, perfectly pitched, and you can “always” understand every single word.

I realize I’ve only listed three jazz artists, but they have immense categories, and jazz is not something you can run through it takes time to through the artists catalogs. I’ve linked all the artists’ websites so you can learn more, and delve into their music catalog.

The Best Mysteries and Thrillers, Part 1