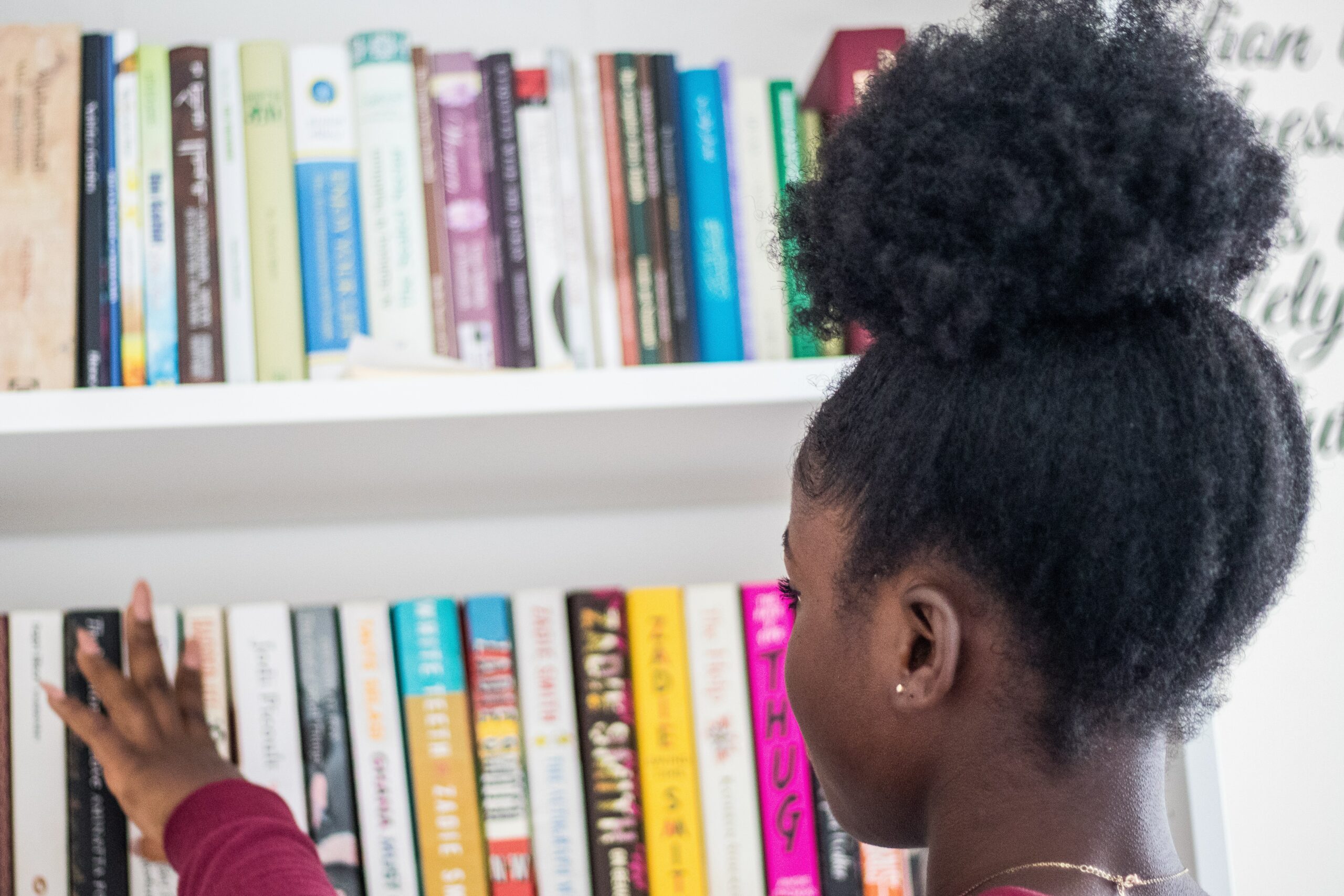 Good Reads for the Spring Season

Hello Friends and Happy Friday! Welcome to the blog today.

Hello my lovelies and how are you.  I hope everyone had a great week. My week has been semi-normal as I begin to get back into the swing of things, with home life, and blogging.  I’m still not on my normal schedule so bear with me.

I’ve been taking time out to get a little more rest as my knee is still not right from my arduous move at the beginning of the month.  I do have some concerns because it’s the same knee in which I had surgery for a meniscus tear (it’s never been right sense), and now it’s been aggravated by the move, and the work I put in.  Hopefully, in the coming weeks, I can see a doctor and get to the root of the problem.

But enough yacking … Today I’m sharing some upcoming releases and good reads for the Spring Season. 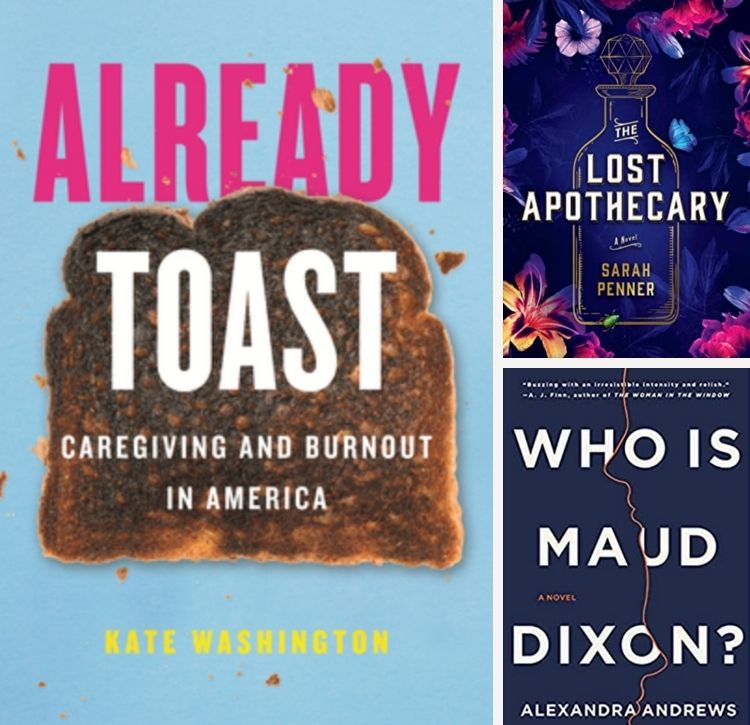 Already Toast shows how all-consuming caregiving can be, how difficult it is to find support, and how the social and literary narratives that have long locked women into providing emotional labor also keep them in unpaid caregiving roles. When Kate Washington and her husband, Brad, learned that he had cancer, they were a young couple: professionals with ascending careers, parents to two small children. Brad’s diagnosis stripped those identities away: he became a patient and she, his caregiver. (MORE)

One cold February evening in 1791, at the back of a dark London alley in a hidden apothecary shop, Nella awaits her newest customer. Once a respected healer, Nella now uses her knowledge for a darker purpose—selling well-disguised poisons to desperate women who would kill to be free of the men in their lives. But when her new patron turns out to be a precocious twelve-year-old named Eliza Fanning, an unexpected friendship sets in motion a string of events that jeopardizes Nella’s world and threatens to expose the many women whose names are written in her register. (MORE)

Florence Darrow is a small-town striver who believes that she’s destined to become a celebrated writer. When she stumbles into the opportunity to become the assistant to “Maud Dixon,” a celebrated-but anonymous-novelist (think: Elena Ferrante), she believes that the universe is finally providing her big chance. The arrangement feels idyllic; Helen can be prickly, but she is full of pointed wisdom on both writing and living. She even invites Florence along on a research trip to Morocco, where her new novel is set. Florence has never been out of the country before; maybe, she imagines, she’ll finally have something exciting to write about herself. (MORE) 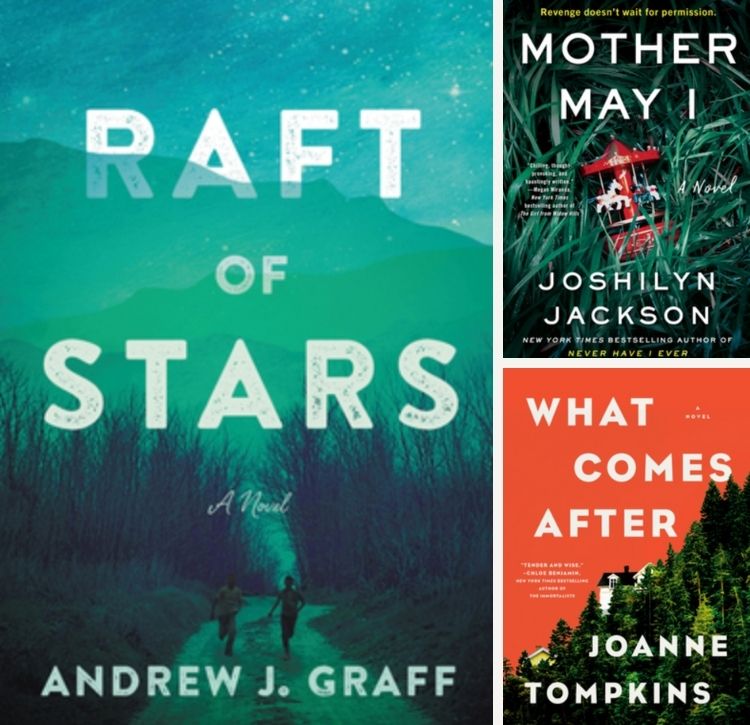 It’s the summer of 1994 in Claypot, Wisconsin, and the lives of ten-year-old Fischer “Fish” Branson and Dale “Bread” Breadwin are shaped by the two fathers they don’t talk about.

One night, tired of seeing his best friend bruised and terrorized by his no-good dad, Fish takes action. A gunshot rings out and the two boys flee the scene, believing themselves murderers. They head for the woods, where they find their way onto a raft, but the natural terrors of Ironsforge’s gorge threaten to overwhelm them. (MORE)

Mother May I, by Joshilyn Jackson
4.09 Rating
336 Pages
Thriller, Mystery

COMING IN APRIL! Growing up poor in rural Georgia, Bree Cabbat was warned by her single mother that the world was a dark and scary place. Bree rejected her mother’s fearful outlook, and life has proved her right. Having married into a family with wealth, power, and connections, Bree now has all a woman could ever dream of: a loving lawyer husband, two talented teenage daughters, a new baby boy, a gorgeous home, and every opportunity in the world. (MORE)

What Comes After: A Novel, by JoAnne Tompkins
4.23 GR Rating
432 Pages
Mystery, Thriller

COMING IN APRIL! In misty, coastal Washington State, Isaac lives alone with his dog, grieving the recent death of his teenage son, Daniel. Next door, Lorrie, a working single mother, struggles with a heinous act committed by her own teenage son. Separated by only a silvery stretch of trees, the two parents are emotionally stranded, isolated by their great losses–until an unfamiliar sixteen-year-old girl shows up, bridges the gap, and changes everything. (MORE) 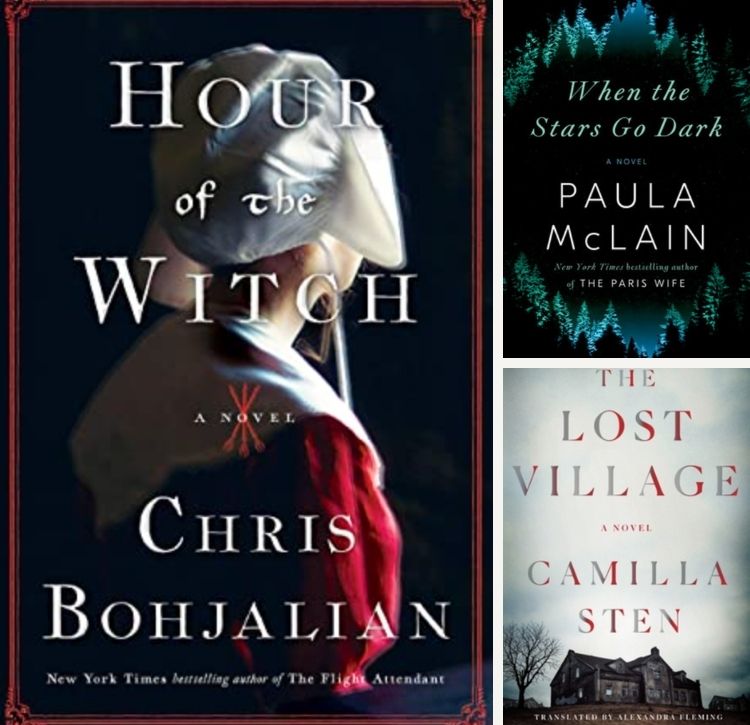 COMING IN MAY! Boston, 1662. Mary Deerfield is twenty-four-years-old. Her skin is porcelain, her eyes delft blue, and in England, she might have had many suitors. But here in the New World, amid this community of saints, Mary is the second wife of Thomas Deerfield, a man as cruel as he is powerful. When Thomas, prone to drunken rage, drives a three-tined fork into the back of Mary’s hand, she resolves that she must divorce him to save her life. (MORE)

COMING APRIL 13TH! Anna Hart is a seasoned missing person detective in San Francisco with far too much knowledge of the darkest side of human nature. When overwhelming tragedy strikes her personal life, Anna, desperate and numb, flees to the Northern California village of Mendocino to grieve. She lived there as a child with her beloved foster parents, and now she believes it might be the only place left for her. Yet the day she arrives, she learns a local teenage girl has gone missing. The crime feels frighteningly reminiscent of the most crucial time in Anna’s childhood when the unsolved murder of a young girl touched Mendocino and changed the community forever. (MORE)

Documentary filmmaker Alice Lindstedt has been obsessed with the vanishing residents of the old mining town, dubbed “The Lost Village,” since she was a little girl. In 1959, her grandmother’s entire family disappeared in this mysterious tragedy, and ever since, the unanswered questions surrounding the only two people who were left—a woman stoned to death in the town center and an abandoned newborn—have plagued her. She’s gathered a small crew of friends in the remote village to make a film about what really happened. (MORE)

Are you excited about any books this Spring, and what’s on your Good Reads list?  Let me know down in the comments.  I hope everyone has a great weekend, don’t forget to subscribe, and like this post, as it really helps out my little blog. — Peace —