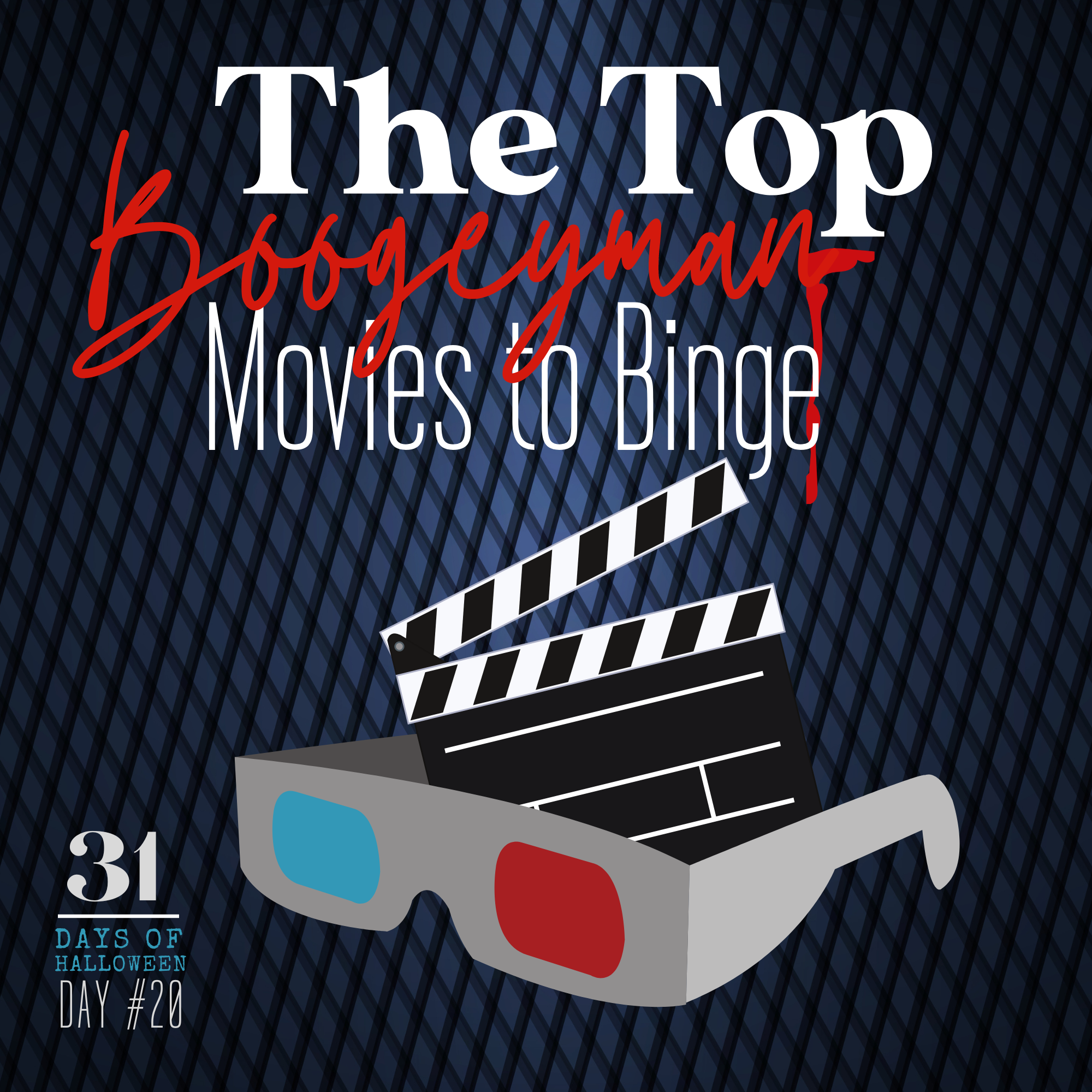 31 Days of Halloween: Day #20 …The Top Boogyman Movies to Binge

Halloween Quote
“Once upon a time there was a girl, and the girl had a shadow.” — (Red) Us

Hello darlings how are you?  I hope you’re doing well, enjoying some of this crisp cool weather, staying hydrated, and taking advantage of some Fall and October activities.

I based my list on a few things.  First, the characters are supernatural in nature, meaning they can’t truly die because they live on through stories and urban legend, keeping the lore alive, and they terrorize children.

In Wes Craven’s classic slasher film, several Midwestern teenagers fall prey to Freddy Krueger, a disfigured midnight mangler who preys on the teenagers in their dreams — which, in turn, kills them in reality. After investigating the phenomenon, Nancy (Heather Langenkamp) begins to suspect that a dark secret kept by her and her friends’ parents may be the key to unraveling the mystery, but can Nancy and her boyfriend Glen solve the puzzle before it’s too late? (Source: YouTube)

Crystal Lake’s history of murder doesn’t deter counselors from setting up a summer camp in the woodsy area. Superstitious locals warn against it, but the fresh-faced young people — pay little heed to the old-timers. Then they find themselves stalked by a brutal killer. As they’re slashed, shot, and stabbed, the counselors struggle to stay alive against a merciless opponent. (Source: IMBD)

On a cold Halloween night in 1963, six-year-old Michael Myers brutally murdered his 17-year-old sister, Judith. He was sentenced and locked away for 15 years. But on October 30, 1978, while being transferred for a court date, a 21-year-old Michael Myers steals a car and escapes Smith’s Grove. He returns to his quiet hometown of Haddonfield, Illinois, where he looks for his next victims.

(2021) Candyman. For decades, the housing projects of Chicago’s Cabrini-Green were terrorized by a ghost story about a supernatural, hook-handed killer. In the present day, an artist begins to explore the macabre history of Candyman, not knowing it would unravel his sanity and unleash a terrifying wave of violence that puts him on a collision course with destiny. (Source: YouTube)

Oggie Boogy – A Nightmare Before Christmas

When children begin to disappear in the town of Derry, Maine, a group of young kids is faced with their biggest fears when they square off against an evil clown named Pennywise, whose history of murder and violence dates back for centuries. (Source: YouTube)

In this terrifying thriller, a mother must protect her son from an evil, supernatural entity that has escaped the pages of a children’s book and is lurking in their home. (Source: YouTube)

So how many of these movies have you seen on this list and what’s your take on them?  Share your comments down below.   Thanks so much for visiting today and don’t forget to like and subscribe.  I’ll see you back here tomorrow. — Stay spooky & Happy Halloween!