BOOK REVIEW: A Cut for A Cut

Hello Family and Happy Friday.  It’s been a great (busy) week, with our Annual Meeting (at work), but I’m glad it’s done.  That was my last meeting for the year (hallelujah! …I’m so tired of meetings, I just don’t think they accomplish that much overall), anyway I’m glad it’s done.

Now I’m wrangling with merchants and sending emails wondering where my packages are.  I tell you it gets worse and worse every year, as the delays mount.  It’s crazy, but I won’t delve into the crazy, and instead switch gears with a book review today.

I had just about given up on this book and I don’t know why it took me so long. For me some books are easy and I fly through them but others, take forever like the book listed below.  I’m grateful for winning a drawing with Good Reads for this title, but at the 11th hour I broke down and got an Audible subscription, so I could listen to the last 4 hours.  Otherwise I would still be reading it. 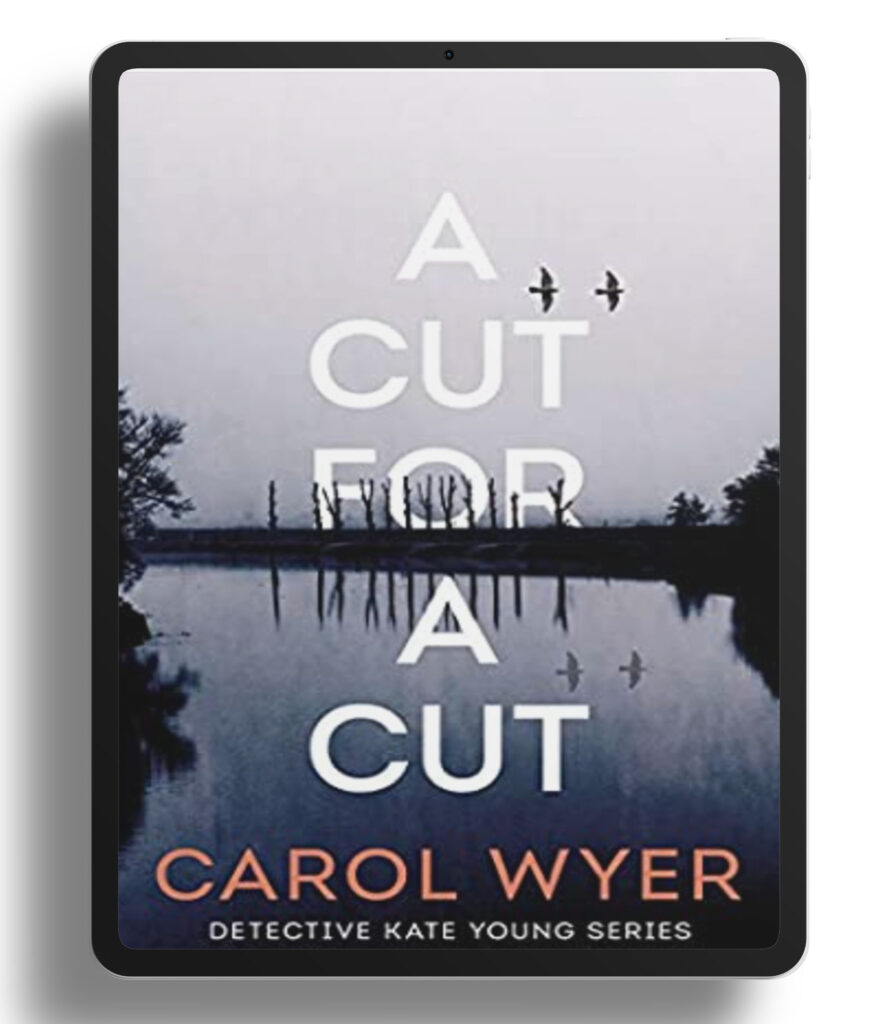 This story started out great for but then slowed down. Even though I love a good crime story this one got hung up an additional storyline underneath the main story, and the author crossing the two. (Which by the way, was never truly resolved).

In general, police work is never glamorous but that’s what bogged it down (for me) because it was like walking through mud (when reading it), as the DI’s kept hitting wall after wall trying to hunt down the suspect. But I guess that’s the build for any crime novel.

That back-storyline shifts into focus as DI Kate Young talks to her deceased husband to solve his murder while trying to take down a corrupt Superintendent.  So the back and forth and hitting dead ends (on both cases), made it difficult to want to pick up each time. The story is good but it just wasn’t my cup of tea.

You don’t get to the meat of the novel until about 75% of the way through then you begin to piece together who is behind these heinous crimes.  I love a good mystery but this one was just ok.  Someone else might love it I just didn’t.

In the bleak countryside around Blithfield Reservoir, a serial murderer and rapist is leaving a trail of bloodshed. His savage calling card: the word ‘MINE’ carved into each of his victims.

DI Kate Young struggles to get the case moving—even when one of the team’s own investigators is found dead in a dumpster. But Kate is battling her own demons. Obsessed with exposing Superintendent John Dickson and convinced there’s a conspiracy running deep in the force, she no longer knows who to trust. Kate’s crusade has already cost her dearly. What will she lose next? 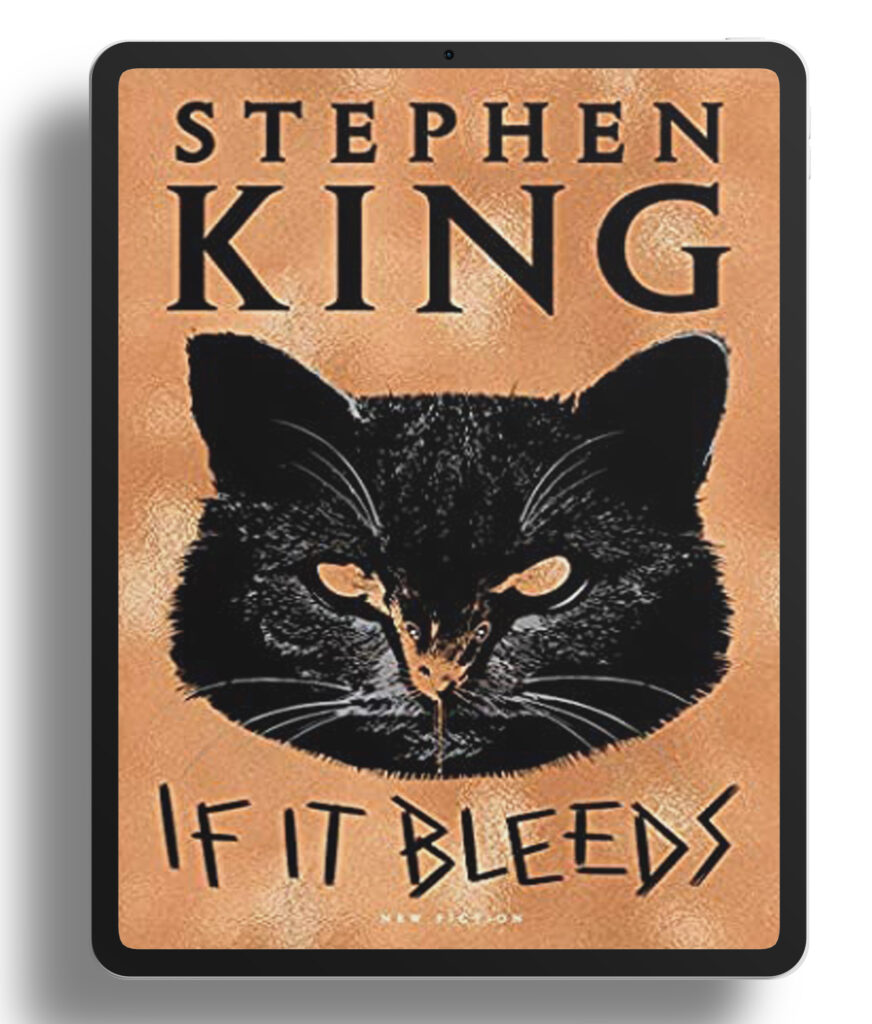 Holly Gibney of the Finders Keepers detective agency is working on the case of a missing dog – and on her own need to be more assertive – when she sees the footage on TV. But when she tunes in again, to the late-night report, she realizes there is something not quite right about the correspondent who was first on the scene. So begins ‘If It Bleeds’ , a stand-alone sequel to The Outsider featuring the incomparable Holly on her first solo case.

It’s clear that I wont get through this list by December 31st, but I did try. 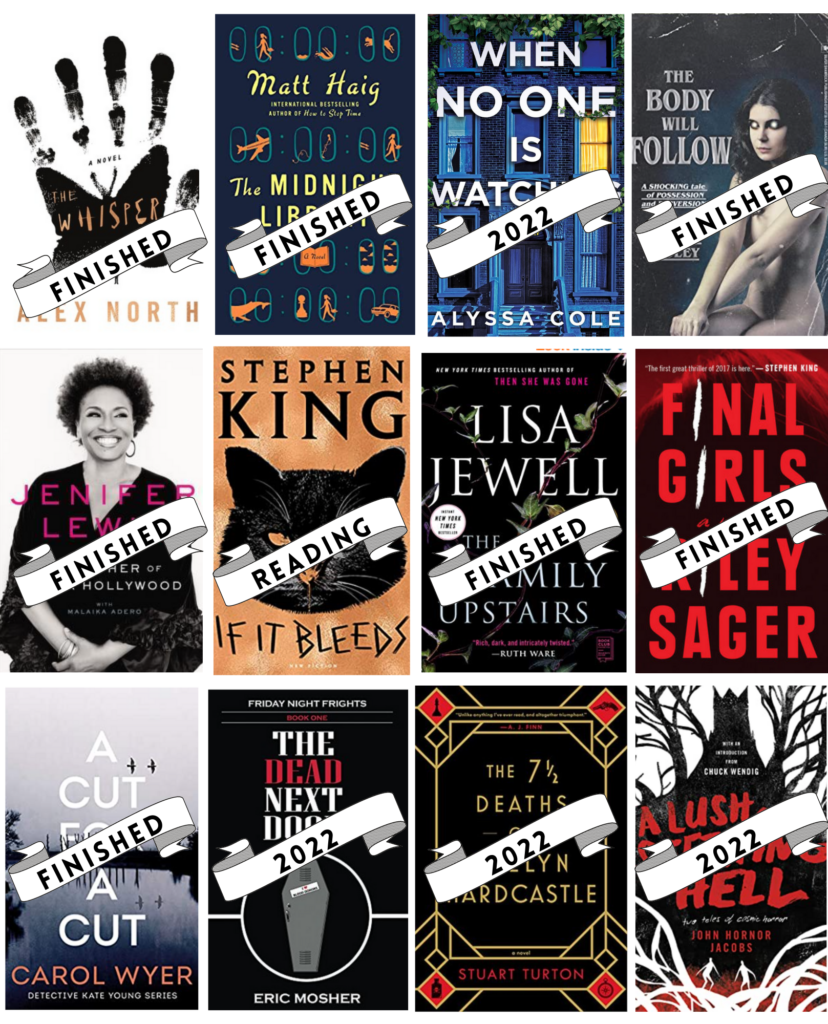