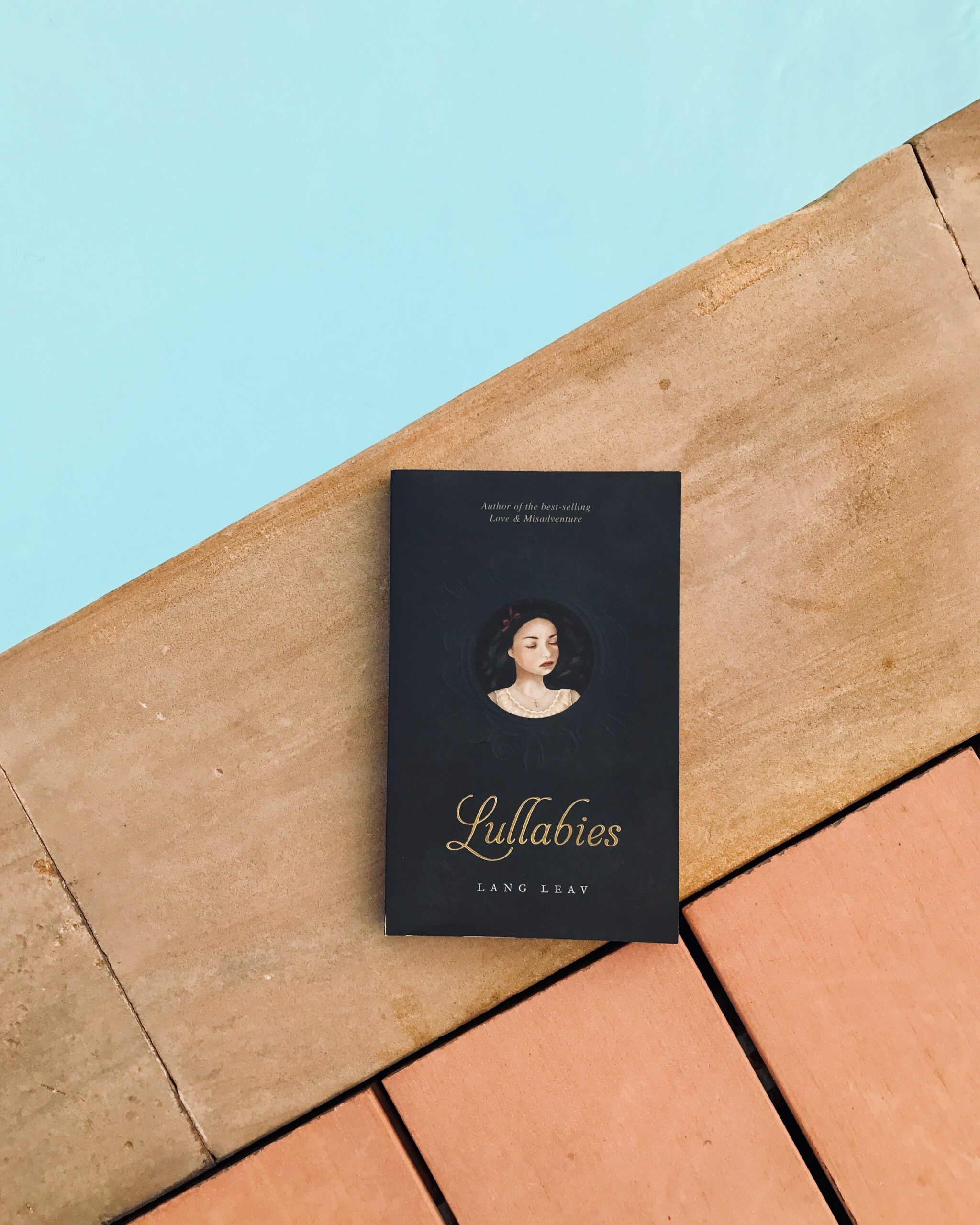 What’s up people, it’s Wednesday … that mid-week, that hump-day, and all the things.  I’m actually in my office today, as I begin to transition to returning to work.  I can’t stress enough that I’m thankful to have a job, but would I choose to telework permanately … (hmmm) maybe so.

Commuting has always been an issue … even before all this happened. Late trains, closed metro lines, crowds of people.  Who wants to spend 2-3 hours in the day travelling back and forth to work.  It can be quite stressful, but nothing takes away that stress like a good book.  Books allow me to travel to different places, and open my mind to a different perspetive.  There’s never a shortage of good books to read, and if my list wasn’t so stacked, I would add each and every one of these to my list, but that’s a bit ambitious. LOL

This list was compiled with sources from trending lists (for the Summer) via The Guardian, The New York Times, Book Riot and Goods Reads. 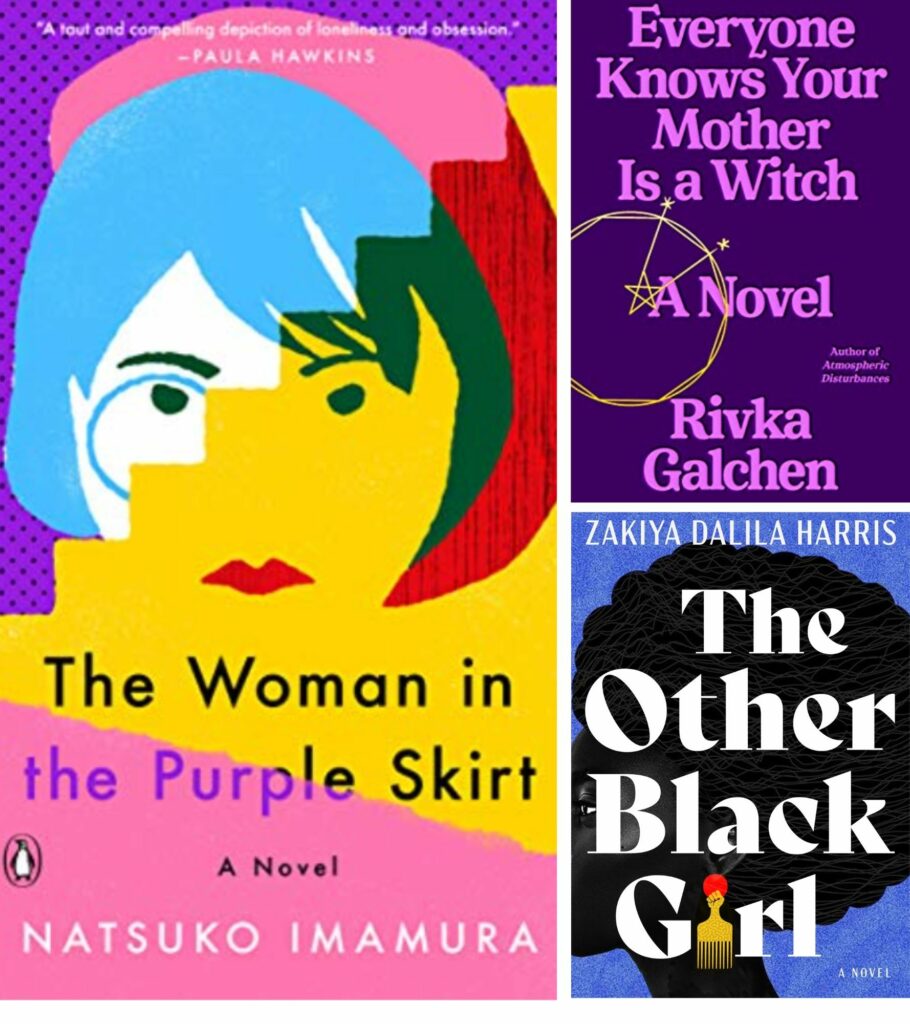 Everyone Knows Your Mother is a Witch, by Rivka Galchen
Katharina is an illiterate widow, known by neighbors for her herbal remedies and the success of her children, including her eldest, Johannes, who is the Imperial Mathematician and renowned author of the laws of planetary motion. It’s enough to make anyone jealous, and Katharina has done herself no favors by being out and about and in everyone’s business.

The Other Black Girl, Zakiya Dalila Harris
Twenty-six-year-old editorial assistant Nella Rogers is tired of being the only Black employee at Wagner Books. Fed up with the isolation and microaggressions, she’s thrilled when Harlem-born and bred Hazel starts working in the cubicle beside hers. They’ve only just started comparing natural hair care regimens, though, when a string of uncomfortable events elevates Hazel to Office Darling, Nella is left in the dust. 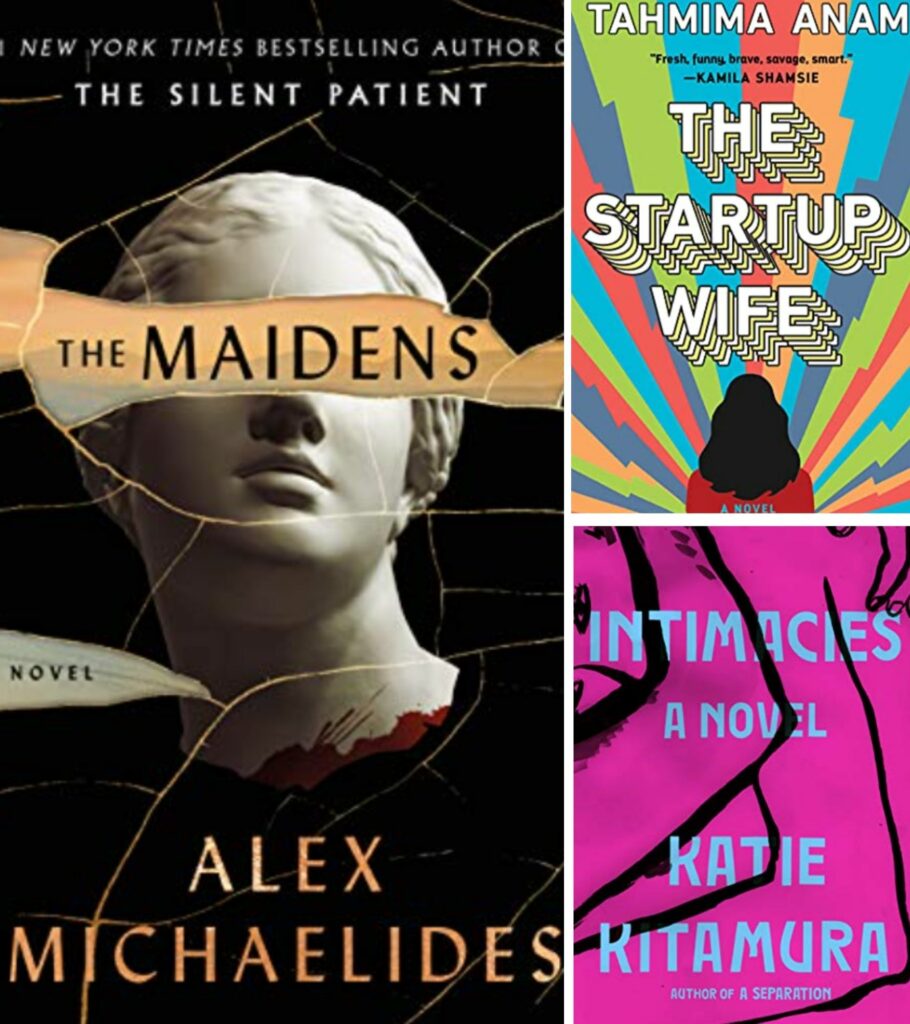 The Maidens, by Alex Michaelides
Edward Fosca is a murderer. Of this Mariana is certain. But Fosca is untouchable. A handsome and charismatic Greek Tragedy professor at Cambridge University, Fosca is adored by staff and students alike—particularly by the members of a secret society of female students known as The Maidens.

The Startup Wife: A Novel, by Tahmima Anam
Brilliant coder and possessor of a Pi tattoo, Asha is poised to revolutionize artificial intelligence when she is reunited with her high school crush, Cyrus Jones.

Intimicies: A Novel, by Katie Kitamura
An interpreter has come to The Hague to escape New York and work at the International Court. A woman of many languages and identities, she is looking for a place to finally call home. 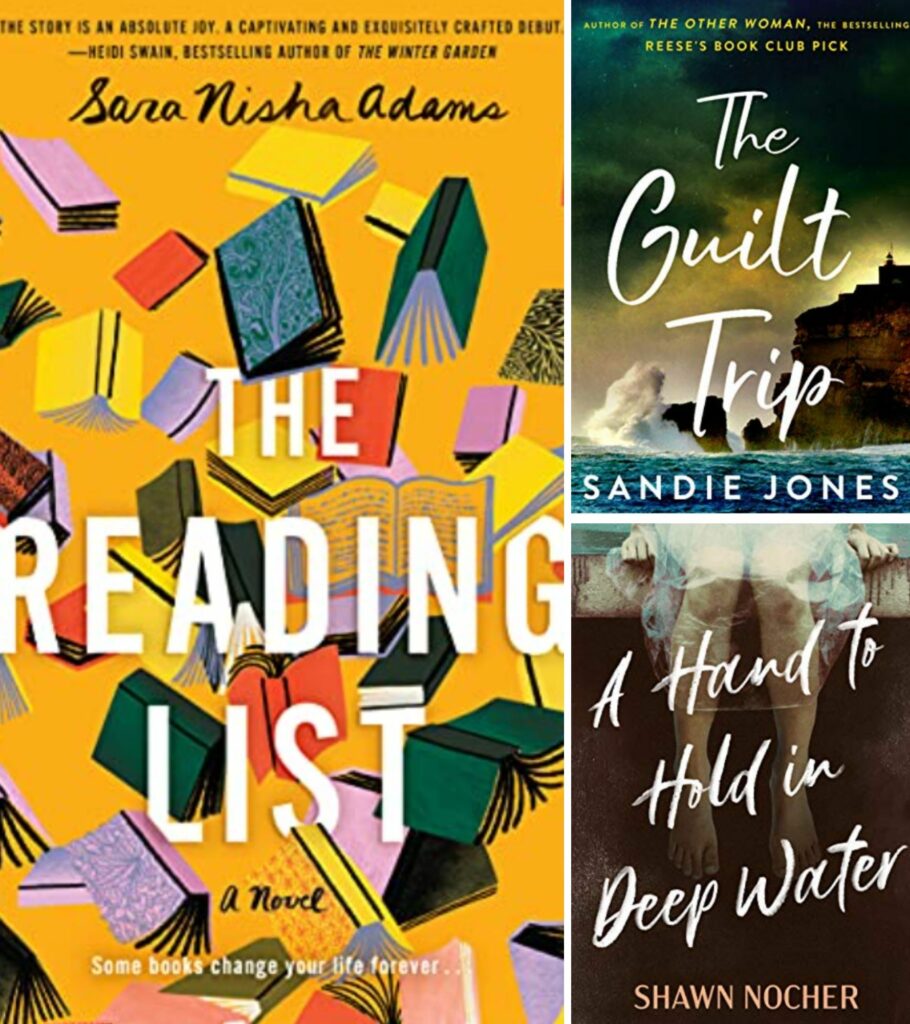 The Reading List, by Sara Nisha Adams
Widower Mukesh lives a quiet life in the London Borough of Ealing after losing his beloved wife. He shops every Wednesday, goes to Temple, and worries about his granddaughter, Priya, who hides in her room reading while he spends his evenings watching nature documentaries.

The Guilt Trip: A Novel, by by Sandie Jones
Rachel and Noah have been friends since they met at university. While they once thought that they might be something more, now, twenty years later, they are each happily married to other people, Jack and Paige respectively…

A Hand to Hold in Deep Water, by Shawn Nocher
Willy Cherrymill and his stepdaughter Lacey are deeply bruised by a past brimming with unanswered questions. It’s been thirty years since May DuBerry, Willy’s young wife and Lacey’s mother, abandoned them both leaving Willy to raise Lacey alone.

Popisho: A Novel, by Leone Ross
Somewhere far away– or maybe right nearby– lies an archipelago called Popisho. A place of stunning beauty and incorrigible mischief, destiny and mystery, it is also a place in need of change.

The Library of the Dead, by T.L. Huchu
When a child goes missing in Edinburgh’s darkest streets, young Ropa investigates. She’ll need to call on Zimbabwean magic as well as her Scottish pragmatism to hunt down clues. But as shadows lengthen, will the hunter become the hunted?

Project Hail Mary, by Andy Wier
Ryland Grace is the sole survivor on a desperate, last-chance mission–and if he fails, humanity and the earth itself will perish. Except that right now, he doesn’t know that. He can’t even remember his own name, let alone the nature of his assignment or how to complete it.