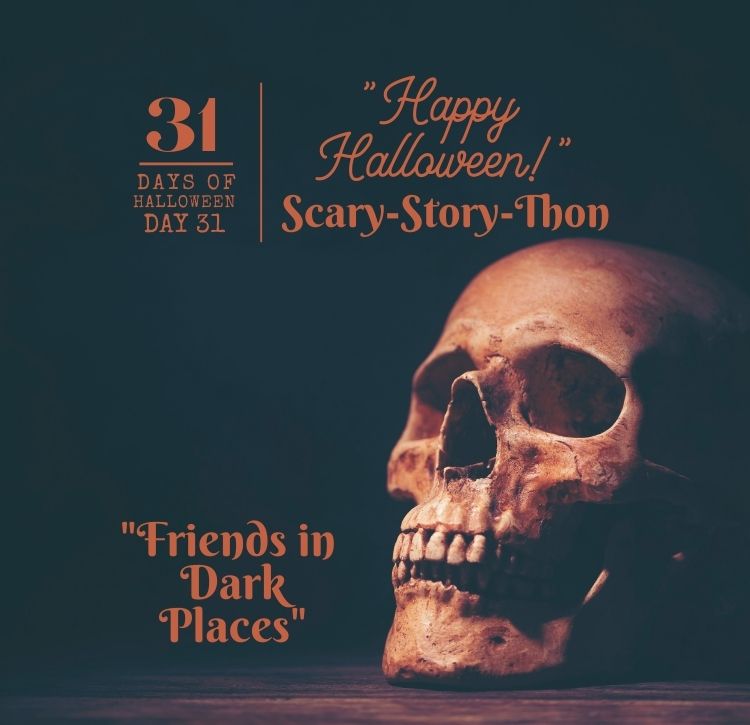 Hello, again I’m continuing my 31 Days of Halloween with a scary-story-thon all day today. So make sure you check back for more scary good fun.

It made her feel guilty like she was a dirty person hiding a dirty secret, but she kept forgetting to do something about it. She simply didn’t have time to tackle the thousands of things demanding her attention since moving into her house. With her new job, she was working so much that she collapsed into bed as soon as she got home.

“I can’t do everything,” she would mumble to herself as she drifted off. “I’ll get to the little monsters tomorrow, I promise.”

But each morning passed the same way. After sleeping straight through the night, she would shuffle out of her bedroom, still yawning, and walk face-first into a tangle of freshly-woven cobwebs. She would splutter and shudder, then grab a feather duster to quickly destroy everything the spiders had toiled over during the night. The webs were everywhere, draped from the ceiling to the floor and overall the moving boxes Lily had yet to unpack.

The old house she’d bought had a terrible infestation, obviously. But while the webs made her skin crawl, the spiders weren’t really doing any harm, and by the time she rushed off for work each day she had already forgotten the mental note she’d made to call an exterminator.

Like a fly caught in one of the webs, Lily realized she had become trapped in her own pattern, but she was too busy to deal with it. She knew she was working too much. She knew she needed more sleep. And she knew the spiders had to go.

What she didn’t know, however, was that sometimes even spiders are afraid of the dark. She didn’t know her house was infested by things more monstrous than spiders. She didn’t know about the shadowy creatures that came in the night, silent horrors who were strong enough to shred skin, break bones, and melt minds. Luckily for Lily, like all proper monsters, they also had a weakness—the complex patterns woven by the spiders distracted them. They could not breakthrough. As insubstantial as the cobwebs were, in this case they offered better protection than iron bars.

But Lily knew none of this, and she kept on not knowing.

That is, until the night she finally broke her own pattern by waking up for a glass of water. She walked face-first into cobwebs once again, blearily snapping apart the fragile, precious things.

On that night, the spiders scurried to hide.

And the shadow creatures stirred.

And Lily’s yawn became a scream.