Have you noticed at the beginning of the year every store + and online outlet is preaching about removing the clutter.  I don’t know if this fever is catching because it’s just something that folks want to do + or does social media play a big part in this…I’m thinking it’s the latter.  I went in Micheals over the weekend and they have a whole section dedicated to storage + and reorganizing your clutter.  What’s wrong with removing things all year long + then you don’t have all this clutter at the end of the year that you feel you need to remove.  I realize that the holidays are a prime time because may have acquired some great gifts + and there’s just not enough room for everything. Most of us have adopted a rule that if you bring something new in (i.e., clothes + shoes + or decor) + then you should be taking something out.  I got three pairs of shoes for the holiday and now I’m scratching my head on what to remove.  You think you’ll wear those older shoes + or that dress when in reality your not + and should just let it go + but that’s easier said than done. How does this apply to journals and people that write with traditional pen and paper.  You can’t just throw away all your journals + that’s the purpose for keeping them.  Or what about people that work with their hands who are constantly buying tools and things to aid them in their trade.  These are things that are not so easy to get rid of.
We all hoard something + and if it’s not hurting anything + or encroaching on your living space then what’s the harm.  We have over 75 DVDs. [Which I’ve thinned out over the years.]  I refuse to purchase digital copies and store things in a cloud making me dependent on the internet + even when I want a break from it.  I think purging is good thing + but [some] objects hold memories [ok-maybe not my 12 seasons of Supernatural] but a box of keepsakes tucked in a corner is not tipping the hoarding scale. So have I purged?  Yes … what have I purged … makeup + wrapping paper + holiday decor + Christmas ornaments + and clothing.  I’ll revisit my storage again in the spring + and if it’s truly not bringing me joy + I’ll purge it.  It does feel good.

Now when I speak about purging and getting rid of things this also applies to emails and notes.  I’m a note-takin’-junky + I make notes for everything + I’ll even turn email into a note when I want to remember some part of the text.  Now when you work in an office + all types of emails + and notes get passed around.  A stupid meme + and a lot of shit about “Thank God It’s Friday”.  This still doesn’t include the hundreds of Amen’s + and Ah-Hah’s about relationships.  Most of them I get rid of because relationships are a fickle thing + and what works for you + may not work for someone else + so I always use to take everything with a grain of salt.  I came across this note called Lessons That Must be Learned in Relationships. This particular pass-around stuck with me because most of it is true.  My willingness to accept things [because I was in relationship] was a different matter.  Sometime things take a while to sink in.
So now it’s sharing time + I’ll divide this list into parts so as not to overwhelm folks. Here are the first 15. (I’ve also modified it because that thing called a relationship doesn’t just apply to men and women + it crosses all paths and genders)

Just to be clear + I’m no expert + I don’t profess to be + I only know what I’ve learned on this earth for half a century + and when I have something that’s worth sharing + I’ll always pass it along … with that I’ll close this Tea Session.  I’ll be back next Sunday with more to spill.  Thanks so much for visiting my blog today + and don’t forget to like + and follow .  — Know Thyself 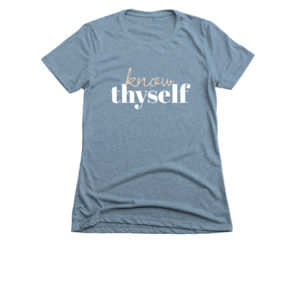